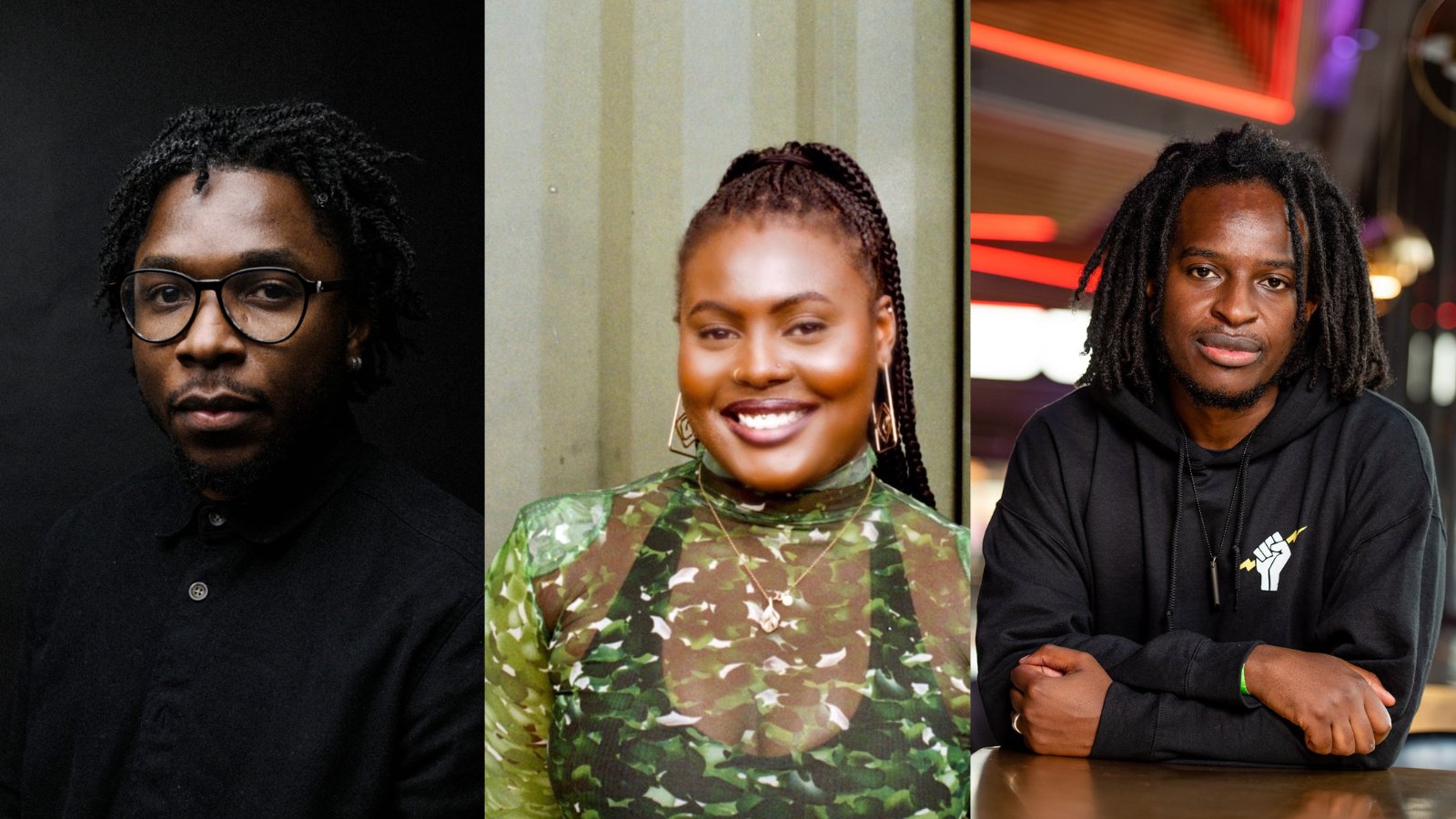 Yomi Ṣode and Kayo Chingonyi lead us through the links and lyrics to be found in poetry and grime, in a conversation chaired by Tobi Kyeremateng.

With the Museum of London’s exhibition, Grime Stories: from the corner to the mainstream, as its backdrop, this conversation between Yomi and Tobi will be a cross-genre celebration and exploration of two artforms and all the ways they inform one another.

The event will feature poetry readings, an audience Q&A, and a screening of Distant Daily Ijó / YNWA – a short film Yomi and fellow poet, Caleb Femi worked on together to accompany Yomi’s poetry, featuring references to and samples from legendary grime tracks.

Join us to see the exhibition, hear from some of London’s most exciting writers, and learn about some of the connections and communities behind UK poetry and music.

Yomi Ṣode is an award-winning Nigerian British writer. He is a recipient of the 2019 Jerwood Compton Poetry Fellowship and was shortlisted for the Brunel International African Poetry Prize 2021. His acclaimed one-man show COAT toured nationally to sold-out audiences, including at the Brighton Festival, Roundhouse Camden and the Battersea Arts Centre. In 2020 his libretto Remnants, written in collaboration with award-winning composer James B. Wilson and performed with Chineke! Orchestra, premiered on BBC Radio 3. In 2021, his play, and breathe… premiered at the Almeida Theatre to rave reviews. Yomi is a Complete Works alumnus and a member of Malika’s Poetry Kitchen. He is the founder of BoxedIn, First Five, The Daddy Diaries and mentorship programme 12 in 12.

Kayo Chingonyi FRSL was born in Zambia in 1987, and moved to the UK at the age of six. He is a fellow of the Complete Works programme for diversity and quality in British Poetry and of The Civitella Ranieri Foundation. In 2012, he was awarded a Geoffrey Dearmer Prize by The Poetry Society and was Associate Poet at the Institute of Contemporary Arts (ICA) in 2015. His first full-length collection, Kumukanda, won the Dylan Thomas Prize and a Somerset Maugham Award. Kayo was a Burgess Fellow at the Centre for New Writing, University of Manchester before joining Durham University as Assistant Professor of Creative Writing. He is a writer and presenter for the music and culture podcast Decode on Spotify which recently won Best New Show & Best Specialist Music  Show at the Radio Academy ARIA awards as well as Best Entertainment and Smartest Podcast at the British Podcast Awards. Kayo is also a poetry editor, heading up the first dedicated poetry list at Bloomsbury Publishing. His most recent collection A Blood Condition was shortlisted for the Forward Prize for Best Collection, the T.S. Eliot Prize, and the Costa Poetry Award. His memoir, Prodigal, is forthcoming from 4th Estate.

Tobi Kyeremateng FRSA is a producer from South London working across narrative, television, documentary, and art docu-films. Tobi is a Fellow of the Royal Society of the Arts and a BAFTA Elevate 2022-24 Producer. She was also featured in Forbes’ 30 Under 30 – Europe – Art and Culture list and was a recipient of the inaugural Netflix Documentary Talent Fund, making her directorial debut with her docu-film Ówàmbé. Tobi is a Trustee of National Youth Theatre and Peckham Platform and the founder of the Black Ticket Project.