By: Function
For Questlove

It may come as no surprise to you, or maybe it will. Or maybe it depends on how you are with surprises? I tend to be overwhelmed in the first instance, I allow it to settle, and then I react. All of it happening within a space of seconds and the situation I was faced with was no different. It was as if I was Janet Jackson at Super Bowl XXXVIII. All of my Blackness on show and left with a decision to make.

In 2013, following Trayvon Martin’s murder, I read an essay you wrote titled: ‘Trayvon Martin and I Ain’t Shit’. It was brave! I sourced the writing back to the original Facebook post it was lifted from. I read it. Top to bottom. I read it again. Though you were not a teacher, I held on to the teachings of this piece, if you know what I mean. Like, you defo are but, not like that. I’m not trying to creep you out by the way! If you could just picture my perplexed face, picturing your iconic figure as I read this piece. Then stopping at the point of you feeling the need to tone your presence down, to simmer your own anxieties. I read that, all the while thinking, but – it’s you!

My friends know that I hate parking lots and elevators, not because they are places that danger could occur, but it’s a prime place in which someone of my physical size can be seen as a dangerous element. I wait and wait in cars until I feel it’s safe for me to make people feel safe. I know most of y’all are eye-rolling, but if you spent a good three months in these size fourteens, you’d understand why I take that position.

There were no eye rolls on my side. How could there be when I know what that feeling is like. The feeling of making white people safe, even to the detriment of oneself. Sort of like the ‘pie in the face’ moment you wrote about.

An example. I’m sitting on a packed train. Sweltering heat, bags poking the sides of people’s heads and ain’t no one tryna stare in the other person’s face. Occasionally I’d pluck some courage for shits and giggles, holding a stare until they smile then thinking shit! why did I do that?  The train stops and does its usual purging of passengers, allowing the tiniest beat before new folks fill its emptiness. I’m not sure how it is on your side, but here? The period of ten or so seconds to find seats can be an awkward battle and on this occasion, I was an inkless squid, an alligator with no bite. An elderly white lady walked on with her husband. She’s fancy looking, wearing white pearls –  probing the carriage, then pointing her finger at me – gesturing for me to get up so her husband could sit down. I was already intending on standing for him, my stop was near but it didn’t matter now. I can’t explain it. It was as if by function I got up, making way for them to walk, as if through me, then calmly sitting down – in all of my warmth.

The woman. She held this smug look. Somewhere between I told you so and oh, you thought you had a say in this matter type face. I remember looking around the carriage that afternoon. All of them, their heads bowed down as though I were royalty. An animal would have been treated with more respect and that feeling? It wasn’t leaving. I was holding, twisting it into the handrail, trying to wear the paint off to its metal insides. Staring at this woman as the train arrived at my stop, hoping if I rushed out – I’d leave behind the ghost of embarrassment.

I mean, that is a crazy way to live. Seriously, imagine a life in which you think of other people’s safety and comfort first, before your own. You’re programmed and taught that from the gate. It’s like the opposite of entitlement.

Recently, I was invited to perform at a zoom event. I’d be lying if I said I didn’t feel that lens of ‘spot the Black person’ in the room. An event of 80 odd people, only three of whom were Black. It was as noticeable as Number 3’s Mole in Austin Powers and if, If! the lens had a voice, it would be Luciano Pavarotti singing Can’t unseeeeeeeee from the depth of his grave. The awkwardness only made worse by a zoom bombing.

We were faced with a live hack. A slew of racial slurs popped the corks of these trolls and parts of me almost felt excited to witness this for the first time. If Neo could picture people as a series of numbers and stop bullets from blowing his face off, then shit! Surely the host of this Zoom could pluck something out the bag that’s more creative than these men blanking the screen white and drawing a Swastika with a cock around it? As soon as one group were removed, another group entered with new tricks up their virtual sleeves.

SHUT THE FUCK UP YOU NIGGER!

Then the song began.

Looping itself over and over, sounding louder every time. I remained still at this violation happening in my own home, a place I consider safe. I looked at the host, who had just about gathered his composure from the last incident, now scrolling to find the perpetrators of this one

I laughed at it. Sort of. Inside I cried. But if I cried at every insensitive act that goes on in the name of safety, I’d have to be committed to a psych ward. I’ve just taught myself throughout the years to just accept it and maybe even see it as funny. But it kept eating at me.

Who do I blame?

I came out of that event thinking it was the most bizarre shit I’ve experienced online. I laughed about it to my partner like that shit was funny, joking at my own expense, not knowing the options I had at that point in time. I went to bed, I woke up going through it again in my mind and my thoughts started taking shape, as if yeast like.

Trayvon had you thinking
about the Black body.
My thoughts started molding.
The safety measures also pertaining
to the Black body then rising.

Was that a wake up call on your side? Irrespective of your amazing career, money, how hard you worked or the new building you moved into. Between you, me and Trayvon – we could all swap places in this Russian roulette of profiling. Our outcomes would be the same. I remember visiting the states once. I taught a workshop in a school, the class filled with predominantly Black students. So much fire in their eyes you’d think I brought gifts. My accent fascinated them. They thought I waved like the queen, and racism? A thing only Black Americans went through. No other Black person. A part of me wonders whether this would even matter as much to you. Like, percentage-wise, how high does my situation rank?

When half a second exposed Janet to the world, Black eyes across the globe were expecting Justin to fix it. I even wonder if she expected the same. They went through the rehearsals, the conversation and interactions. Silently, I wonder if she whispered to make it better, only to be left wiping the pie off her face.

Back to this zoom event, this virtual hub of eyes that evening. Like fireworks shot blindly to the night sky, we all watched in real-time how rapidly racism flares. Something that couldn’t be unseen, a video that couldn’t be switched off, voices I searched the room for. All of them still scraping to find it. The same search took place that afternoon on the train. The fancy lady’s husband sitting in all my comfort and I wasn’t the only person that saw and felt what had happened. I questioned everything. Why I stood up so fast, why I was still standing, why I responded so obediently? Why?

You said that you waited in cars until you felt it was safe for you to make other feel safe. Was that degrading for you? It’s not for me to question why you were (subconsciously) trying to appease people that would end up pulling the rug from under you. Is this not always the case? I was waiting in that room. Waiting for someone to tell them to fuck off! Waiting for that non-Black person, whether quiet or posh, young or old, someone to come out of character. Don’t let me (I thought) be the person to defend myself. Don’t let me be the loudest in this room for people to go away, talking about aggression and anger that doesn’t belong to me.

So I remained quiet. Obediently watching it all unfold. Afterwards, I remember telling them It’s ok, when really… It wasn’t. I told my boy about it, he responded Fam did you back it? I held the phone in my hand for a while, I felt stuck. Typing, then deleting, typing deleting, typing.

I am here now, for answers, maybe. Typing this in response to your piece, with questions.  See I don’t know if I was brave enough. Crazy right? I defend myself, I’m perpetuating a stereotype. I don’t? I’m, well – alone.

You are the only person I feel I can ask. You gave me a viewpoint but you never touched on why it mattered so much for you to write that piece. Sure, I get the source that sparked your thought but why were you taken aback by something you were already aware of? Keys to a new building are no different from me probably wearing a suit that afternoon on the train, right? I also wondered whether you expected those who publicly said they’d fight your corner, to actually do so.

If you were me on the train or the zoom event, would you have expected someone to come to your aid? Is this a pipedream? Your friend apologised after brushing off the incident regarding the lady in the elevator. She mistook your kindness for a threat. It took the murder of a young Black boy for it to make sense to them. What does one do with all that talk of allyship, when it’s you that has to pull yourself out of the mud. At times publicly, and in your case – reaching a point in life where you thought you were over that type of treatment. Pulling cloth, whether it’s shame or vulnerability on your body. Everyone watching, trying to unsee. It’s unresolved, right? Like.. 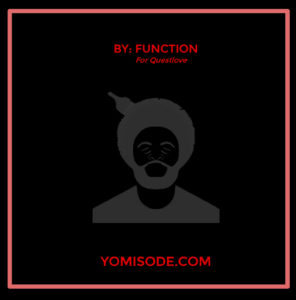 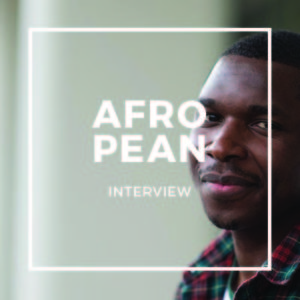 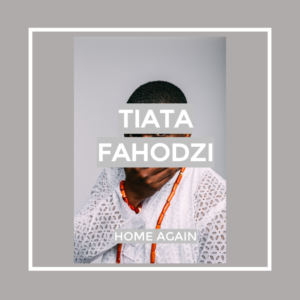